17th- and 18th century
The Strom family has its origin in the Harmens family through the ancestor Henrik Harmens (1656-1737) who was born in Stralsund in Northern Germany. Henrik moved to Stockholm at an early age and married Magdalena Törne. In 1723 he became one of four partners that bought up Vedevåg, Sweden's largest iron and steel industry at that time.

Henrik and Magdalena Harmens had a daughter and three sons, Dorotea, Lars, Carl and Gustaf. Gustaf Harmens (1699-1774) was a professor of medicine at Lund University. His wife was Margareta Liboria von Hegardt, Through the wife's inheritance, a number of estates came to Gustaf Harmen's branch of the family, including the iron industries Fågelfors and the manor Åsebo.

19th century
Their son Henrik Harmens (1749-1811), army officer and squadron leader, was ennobled with the name "af Harmens " 1809 and married Anna regina Braun. Their son Henrik Otto of Harmens (1799-1855), chamberlain at the royal court, married Laura Camille Eenens and got the son Henrik Gustaf Ferdinand of Harmens (1834-1907). Born at Berga Manor. Student in Uppsala 1859. Henrik became the laird of Berga Manor and chamberlain at the royal court with colonel degree 1864. He married countess Anna Fredrika Horn af Åminne (1836-1873) in 1866. Anna died in 1873, just seven years after their marriage.

Henrik Gustaf Ferdinand had no children within the marriage, but got the daughter Anna Christina outside. Christina was raised by and received her school education at Kalmar secondary school paid for by Gustaf af Harmens. Later in life, Christina came to work at one of Gustaf af Harmen's companies in Oskarshamn. She married Gustaf Fredric Creutz Ström (1852-1918), who at that time was a military at the Cavalry regiment in Eksjö.

20th century
Fredric and Christina Ström got four children, where Gustaf Artur Ström (1878-1947) became an inspector at the railway company Ruda-Oskarshamn. He was married to Gerda (1879-1938) and got also 4 children. The second oldest son, Carl Gustav Ström (1900-1994), studied law in Lund in the 1920s and became the head of the education and school region of Vikbolandet from the mid 1950s. Carl Ström and his wife Herta got four children, Gustav, Bengt, Birgitta and Göran The second oldest son Bengt Lars Gustav (1929-2016) married Inga Maria (1929-1975), became a reverend in Skåne and got five children, Torgny, Ulf, Örjan, Tore and Ylva. Ulf Ström(1956), Sea Captain, now living in Stockholm, previously at Wifsta Manor (ref article), is married to Eva Louise (1959) and have 5 children - Richard, Emma, Clara, Julia and Fredric . 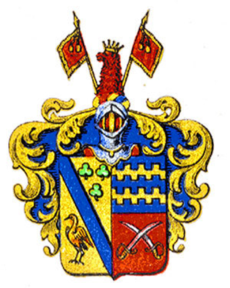