​​​​​​INTRODUCTION
Ulf Strom is a professional actor (member of Spotlight Network and Stagepool Pro) with a humorous sense and extensive experience from taking direction.

For the last three years, he has got some 100 roles, including 30 as an actor in various movies, TV-series and commercials.

Recent references include the roles as:

- The main role as Bank Manager in serie of humorous commercials

for Lendify. Sent in various Swedish TV channels 2018. The

​​
ACTING AWARDS
Ulf got the Gold Ingot award in the category "Best Male Extra 2019" at the Golden Ingot Gala in Stockholm 16 March 2019 (ref article). The award was nominated by some of the largest TV and Movie production companies in Sweden with the motivation:

​"Ulf Ström emits pondus, strength and sharpness, but is nevertheless humble, warm and responsive in his occupation - a unique combination. He is extraordinary professional, adds life to the script and is way out enjoyable to work with".

SKILLS:
- Scuba diving - Certified PADI advanced OW
- Sea experience - Sea Captain (Nautical Science)
- Music instruments - An enthusiastic saxophone player
- He is also able to hit a golf ball - (..but is not as sure were it ends up) 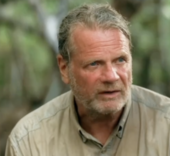